skip to main | skip to sidebar

Don't Know Whether You're Coming or Going? Cure for Frequent Traveler's Dementia 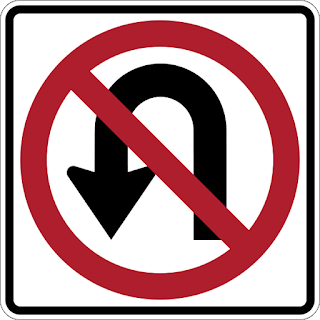 Do you travel so often that sometimes you forget whether you are coming or going? Literally? This happened to me, and made me take note of the direction my life was going in general.

I frequently travel the same route, back and forth to my business. Out of Santa Barbara (SBA), stopover in Phoenix (PHX), onto Yuma (YUM). Then out of YUM, stopover in PHX, onto SBA. I usually travel roundtrip within 2 days and go monthly. It's a lot of back and forth. But I have my routine down to a science. Well, nearly.


One early morning, I started from Santa Barbara and landed in Phoenix, and as usual, I checked the monitors for my next gate. I looked on the monitor for the next flight to Santa Barbara, when I should have been going onto Yuma. I had just arrived from Santa Barbara! I did not realize it at the time - I was just following my regular routine. So, I march myself over the gate for the flight from PHX back to SBA, and sat there - for about an hour, reading the paper, relaxing, drinking coffee. It's like the accidental elevator ride - you mean to get on the UP elevator, but instead you go DOWN, and then have to go back UP again.

After about an hour, I look up and realize I am the only one at the gate. The Santa Barbara flight had changed gates. A woman behind the counter called over to me and asked if I was headed to Santa Barbara. I replied, "No, Yuma." And the light bulb went on! Oh....my.....god. I had been waiting at the WRONG GATE for the WRONG DESTINATION for an hour. Did I have dementia? Early onset of Alzheimer's? What was wrong with me???????

As it turned out, I almost missed my connecting flight to Yuma. I ran from gate B22 to B1 and caught it just in time.

I thought about this incident for a long time - contemplating what is wrong with my life, such that I don't know whether I am coming or going? I decided that I just needed to pay more attention, be more zen-like, stay in the present and not mindlessly meander through a "routine." Now, every time I land in PHX, I take note of where I am and where I am going. TREKTHERAPY DOSE: As a matter of fact, no matter what city we are in, let's take note every morning: Where are we today, and where are we headed?
Posted by MVM at 8:53 AM No comments:

TREK THERAPY, its logo, tagline and blog are copyright protected. All rights reserved.

No doubt trekking and traveling does wonders for your soul, but traveling isn't always good for your wallet! Explore my helpful TrekTips, TrekSecrets, and doses of TrekTherapy to keep you traveling within your means, while you experience the nourishment you're seeking.